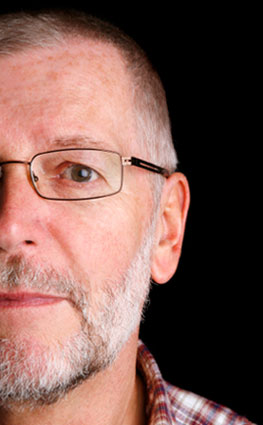 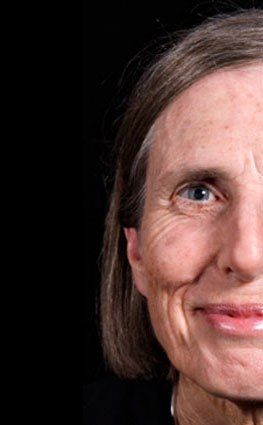 DAIC offers the breakthrough
Cognitive Fitness SystemSM
Assessment of your unique mind to pinpoint areas for improvement with proven techniques.

New science reveals ways to
improve your aging adult mind.
Your brain doesn’t have to diminish with time.

Recent scientific research has shown ways to improve your adult mind, but first you need to know what areas to work on, Daic’s Cognitive Fitness ProfileSM shows the way.
According to Time magazine: More and more, neurologists and psychologists are coming to the conclusion that the brain at mid life, a period increasingly defined as the years from 35 to 65 and even beyond–is a much more elastic, much more supple thing than anyone ever realized.
Far from slowly powering down, the brain as it ages begins bringing new cognitive systems on line and cross-indexing existing ones in ways it never did before. You may not pack so much raw data into memory… but you manage information and parse meanings that were entirely beyond you when you were younger.

The brain at mid life [35 to 65]…is a
much more elastic, much more supple
thing than anyone ever realized.

What’s more, your temperament changes to suit those new skills, growing more comfortable with ambiguity and less susceptible to frustration or irritation. Although inflexibility, confusion and even later-life dementia are very real problems, for many people the aging process not only does not batter the brain, it actually makes it better. “In mid life,” says UCLA neurologist George Bartzokis, “you’re beginning to maximize the ability to use the entirety of the information in your brain on an everyday, ongoing, second-to-second basis. Biologically, that’s what wisdom is.”
Read more: http://www.time.com/time/magazine/article/0,9171,1147163,00.html 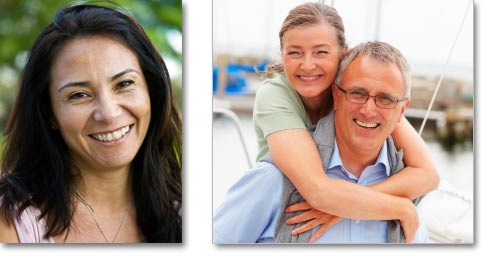 To Keep Your Brain Nimble As You Age, Stretch It
http://www.npr.org/templates/story/story.php?storyId=104058044&ps=rs
by Linton Weeks
The Latest Discoveries in Neuroscience, http://www.pbs.org/wnet/brain/episode5/index.html

Dana Foundation, Provides information on all aspects of the brain and brain science. http://www.dana.org/
Brain Basics at the NIH
Brain primer from National Institute of Neurological Disorders & Stroke
http://www.ninds.nih.gov/disorders/brain_basics/know_your_brain.htm

Resources for Understanding the Brain and
How It Changes As We Age
http://www.dearshrink.com/agingbrain.htm

The Aging Brain Is Less Quick, But More Shrewd http://www.npr.org/templates/story/story.php?storyId=124118077

Our testing uncovers your unique strengths & weaknesses.
We show you how to boost your mind power.

At DAIC we’re experts at psychological and neuropsychological assessments that uncover a myriad of cognitive strengths and weaknesses in every individual. The full Cognitive Fitness SystemSM starts with a baseline assessment of your cognitive abilities and then compares that to successive testings at 3 year intervals to assure that typical signs of ‘mental’ aging are occurring. But even the first assessment highlights cognitive areas for you to “exercise” or strengthen through various methods we’ll recommend.

You have a physical to safeguard your body, now do the same for your brain.
Isn’t your mind worth protecting?

•A baseline Cognitive Fitness SystemSM assessment is administered by one of our experienced NYS licensed psychologists. It is a two and a half hour evaluation using sophisticated, cutting-edge tests to appraise your overall cognitive functioning. Then a full report is compiled including detailed recommendations.
•Similar Cognitive Fitness SystemSM testing every 3 years are recommended to assess how your mind is aging. The results allow you to recognize any cognitive problems by catching the symptoms early and addressing them directly. Age-associated mind impairment is common and is usually a gradual process. It may or may not be a sign of a serious condition, but how else would you know?
•Regular testing allows you to focus on areas of weakness and use strategies researchers recommend to strengthen them, as well as catch early signs of serious problems.

This is not an IQ test.
We assess your mind’s specific abilities.

Our aim is to develop an understanding of how your brain is working and what your strengths and weaknesses are so that we can make pinpoint recommendations to improve your brain power and remediate your specific problem areas.
Areas of cognitive functioning examined will include: memory, language, attention/executive functioning skills, visual/perceptual abilities and emotional well being. After testing you will receive a detailed multi-paged report with clear and precise measures of your cognitive profile and recommendations on how to improve your weak areas. Your assessment will be in plain English: easy to understand. It will include a graph like the one below that visually charts your skills, providing a clear picture of your strengths and weaknesses, and a baseline of your abilities for comparison to later tests.

Below is an example chart that shows areas of weakness in the Memory and Visual/ Perceptual Abilities area. Recommendations for this client would focus on these areas primarily, thereby saving time and effort by not working on stronger areas. A follow-up exam would confirm improvements.

You will also meet with your caring, NYS licensed psychologist test administrator for an in-depth explanation of the results, plus any recommendations proffered.
Improvement Strategies: There are many methods available for strengthening areas of weakness which we will discuss with you, and your report will contain detailed recommendations and advice. The sooner you address improving your cognitive abilities, the sooner you will see results. Don’t wait, it’s never too late.

Please call or write today to schedule an appointment
or discuss the Cognitive Fitness SystemSM.

“Our only goal is to help children and adults fulfill their potential.”

DAIC, founded by Dr. Risa Tabacoff, a NY State licensed psychologist has been successfully maximizing potential in children and adults for
over 20 years.

Our Team Our Testing Our Therapy Other Services Parent Resources